Even before Columbus set his foot on American soil, we produced iron in Österbybruk. It is a long and proud tradition we are carrying with us from its roots back in the 15th century.

In the 1600s Österbybruk, together with the closely located mills in Lövsta and Gimo, in the care of Louis De Geer, and under his guidance these mills became the second largest in Sweden. By the end of the 18th century Österbybruk was the center in a region that was the largest iron producing region in Sweden at that time.

Due to restructuring of the iron and steel industry in the early 20th century the last squire P A Tamm left the works to Fagersta AB in 1927.

In 1983 Österby Gjuteri was formed after Fagersta decided to close down the works. Österby Gjuteri became staff owned and was now a pure steel foundry. Three years later the daughter company Marine Jet Power AB, today a world leading supplier of water jets. In 2001 Österby Gjuteri expanded by purchasing Alcopropeller AB in Örebro, a company with over 80 year’s experience of producing propeller blades.

Five hundred years has passed since the iron making started at Österbybruk and the tradition lives on. The worlds only complete and preserved forge of the Wallons exists in Österbybruk. Until this day Österby Gjuteri are using the ensignia that was created more than 250 years ago, the OO. The first O, stands for Österbybruk and the second O stands for Öregrund, the shipping port from were the Iron and Steel were shipped abroad. Now, as it was then, these rings are a sign of the highest quality. 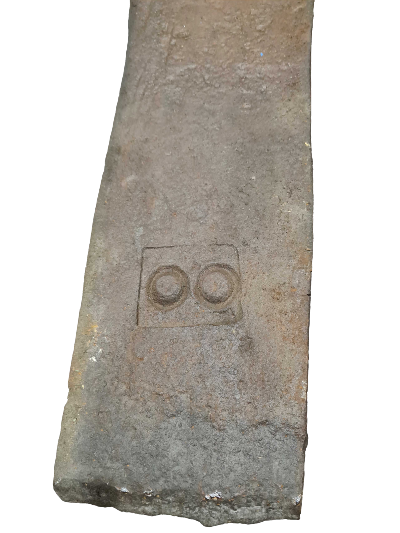